Here are The Korea Post news, notice, humor from Korean-language economic dailies and a roundup of important headlines from all major Korean-language dailies, TV and other news media this morning:

Highlight topics in the April issue of The Korea Post

- With whom will China take sides between North Korea and NE Asian US allies in the face of imminent 4th N. Korean nuclear test?

- Pres. Park Chung-hee almost finished nuclear weapons in 1979, but he was killed. Who was behind the assassin widely suspected as henchman?

- How correct is the book, “Mugungwa Flowers Have Now Come Out,” concerning the collaboration between President Park Chung-Hee and noted Korean-born nuclear physicist, Dr. Benjamin W. Lee, and the real cause of their mysterious deaths?

- “South Korea can persuade the US, allies to acquiesce at its development of nuclear weapons as it’s for self-defense and survival from N. Korea nuke attack.”

- President Park Geun-hye has a summit meeting with President Obama of the United States in Seoul for increased ROK-US cooperation.

- Korea and Australia are set to increase bilateral cooperation in trade and security areas.

- President Park: Korea plans to build a ‘Korea Street’ in Dresden in Germany.

- “The Demilitarized Zone will become the symbol of peace in Korea and the world: President Park.

- Do you wish to have windmill power plants in your country? Why not cooperate with Korea Wind Energy Industry Association for technology and investment?

- Gwangyang Port is equipped with such optimal environment for logistics business for domestic and international business organizations.

The Ansan International Street Festival on May 3, 2014, to which we have invited the Excellencies and Madans, has been cancelled due to the sinking of the Sewol-Ho Ferry Ship. This is because most 300 students of the Ansan Danwon Highschool were on board of the ill-fated Ship and many of them have become the victims. We pray for the safe rescue of the missing students as well as our deepest condolences for the victims.
----------

Is your National Day coming up soon? Or is the Head of State of your country visiting Korea soon?
You may have the portrait painting of your Head of State painted by a famed Korean portrait artist who has painted the portraits of President George W. Bush, President Lee Myung-bak at Cheong Wa Dae, President Park Chung-Hee, the then First Lady Park Geun-hye and various other most important persons of Korea and the world.
Please visit the following sites of The Korea Post Internet for sample paintings.
Please directly call Chairman Lee of The Korea Post at 010-5201-1740 for immediate contact with the artists.
For more photos, please visit:
http://koreapost.koreafree.co.kr/board/index.html?id=artgallery&no=3http://koreapost.koreafree.co.kr/board/index.html?id=artgallery&no=11http://koreapost.koreafree.co.kr/board/index.html?id=artgallery&no=1 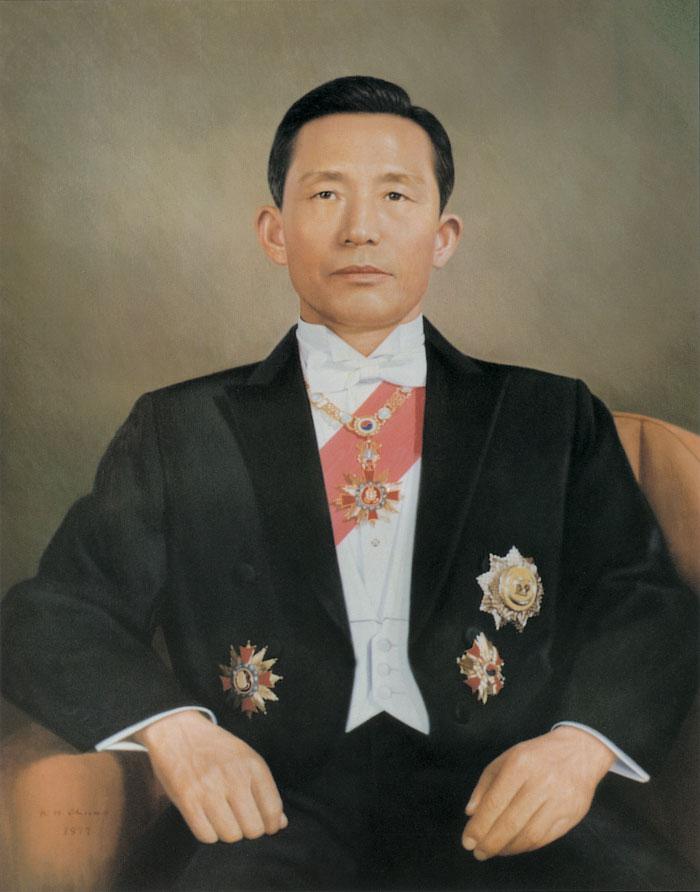 A mother was preparing pancakes for her two sons--Kevin, 5, and Ryan, 3.
The boys began to argue over who would get the first pancake. Their mother saw the opportunity for a moral lesson.
"If Jesus were sitting here, He would say 'Let my brother have the first pancake, I can wait."
Kevin turned to his younger brother and said, "Ryan, you be Jesus!"

Search for Missing Sewol Passengers Continues in Bad Weather
Divers are continuing efforts to search for missing passengers of the Sewol ferry on the 13th day since the sinking.

Gov't to Overhaul Disaster ManualsAnchor: After being accused of responding poorly to the ferry sinking in waters off Jindo, South Jeolla Province, the government plans to overhaul disaster manuals and conduct safety inspections throughout the country. Our Bae Joo-yon has more.

No. of Employees at S.Korean Securities Firms Lowest Since 2008

S. Korea-Turkey Trade Up 31% Since FTA Took Effect 1 Year Ago

Memorial altar to open in D.C. for sunken ferry victims
An incense-burning altar will be set up here this week for scores of people killed in a South Korean ferry disaster, embassy officials said Monday. ..

Hwang Pyong-so new in N. Korean power circleOver the last few weeks, a notable change was spotted within the core of the reclusive North Korean rulin...

Final dutiesTo be faithful to his duties, Prime Minister Chung Hong-won should have announced his intent...

An ultimate choiceNorth Korea refrained from conducting its fourth nuclear test at least during U.S. President...

GDP gap widening between Korea, ChinaThe gap between South Korea and China in terms of gross domestic product appears to be widening, the Bank of Korea said Monday.In 2013, China’s GDP eclipsed that of South Korea by sevenfold, with $9....

Coward!
Captain Lee Joon-seok of the sunken ferry Sewol was seen sliding out of the ferry Sewol to be rescued ahead of other passengers in video clips released Monday by the Coast Guard. By the time a rescue boat reached the front side ...

15 may face homicide charges
The prosecution said Monday that it is considering filing negligent homicide charges against 15 crewmembers of the Sewol who escaped the sinking ferry without evacuating passengers. This is the first time that prosecutors have h...

Our hearts are with you (7)
Any diplomats, businesspeople and others can send short messages to our email, hkang@ktimes.co.kr,...

Sewol tragedy deflates spending mood
With the nation still in shock over the ferry Sewol disaster, people and companies are eschewing c...

Park to stick to current Cabinet for June polls
President Park Geun-hye is expected to engage in a large-scale reshuffle of her administration in ...

Calls examined between captain, crew and ferry operator
Investigators are examining the content of phone calls made from the captain and crewmembers of th...

Online debate over president’s responsibility
The free bulletin board of Cheong Wa Dae`s website (www.president.go.kr) kept breaking down all day on Monday, which at some point led to a suspicion that the website might have been hacked. However, the cause of the...

All classes resume at Danwon High School
Classes for all grades at Ansan City`s Danwon High School resumed Monday. Classes for third graders resumed last week after the tragic sinking of ferry Sewol left many students killed or missing. Memos paying tributes...
Beer producers agonize over marketing amid ‘beer season’
Amid the prevailing mood of mourning in the Korean society after the tragic ferry accident, beer makers are agonizing over the right time to resume promotion of their products. “Beer season” has come with more people...

Obam gives `security gift` to Japan but nothing for trade pact

Chinese take up majority of foreign wives in Seoul

Bad Weather Hampers Ferry Salvage EffortsDespair mounted over the weekend as bad weather delayed attempt to retrieve remaining victims from the sunken ferry Sewol. Strong winds and high waves have been disrupting efforts since Saturday. The ferry lies on its side and opening the doors is almost impossible at the moment. >> Full Text

Samsung, Apple Recall Malfunctioning PhonesBoth Samsung and Apple are exchanging or offering free servicing of faulty smartphones. Samsung on Sunday said some of the cameras of its latest Galaxy S5 smartphones malfunctioned. The defective phones show the message "warning: camera faile" when the camera is turned on, and no pictures can be taken. >> Full Text

Mourners descend on Ansan, bathed in rain and tearsSewol ferry sinking inspires nationwide mourning over missing students and a missing-in-action government
At 2:30 pm on Apr. 27, Jeong Hyun-sook, 53, from Seoul, wiped her eyes as she walked out of the temporary memorial altar at the Olympic Memorial Hall in Ansan, Gyeonggi Province. A gentle rain was falling, but Jeong kept brushing away the tears, for the moment forgetting the need for an umbrella. It had taken two hours to get to Ansan, first in her car and then on the subway, and she had waited in line for two more hours to pay her condolences to the victims of the Sewol ferry sinking.

Citizens pick up the government’s slack in responding to Sewol tragedyOn the twelfth day since the sinking of the Sewol ferry, while the immature government bungled the initial phase of the accident and the rescue and response work, more than 5,000 citizens came forward to provide 24-hour aid in Ansan, Gyeonggi Province, and Jindo, South Jeolla Province to families of the deceased and missing from the ferry.

Park-Obama summit a “missed opportunity”Experts are calling last week’s South Korea-US summit in Seoul a “missed opportunity.”
In particular, they pointed to the two-day event on Apr. 25 and 26 as a sacrificed last chance to stop Pyongyang from ratcheting up tensions with another nuclear test, while voicing disappointment over the focus on stern security measures and deterrence over suggested solutions.

Teenagers voice rage at a society they feel has abandoned them
“Friends, I hope you aren’t reborn in a country like this.”
“Good bye! I will keep fighting with the bad grownups to make sure that sad things like this never happen again.”
Rage is building among teenagers as they think about their friends whose promising lives were tragically cut short in the sinking of the Sewol ferry. As they gazed at the smiling young faces in the funeral portraits, they brooded over the inept and irresponsible behavior of the government and grownups.

Sewol victims’ families’ anger comes to boiling pointAgitated shouting in front of the President. Water bottles hurled at the head of the Prime Minister. Cries of “Stop lying!” directed at the Minister of Oceans and Fisheries for more than eight hours. The Coast Guard chief and deputy having their radios snatched away and being grabbed by the collar. Reporters being chased away, cameras smashed.
-------------------------------------------

Coast Guard’s film, meant to calm public, may only inflame it
The Coast Guard yesterday released a nine-minute video of rescue attempts when the ferry Sewol was capsizing April 16, showing the captain in such a hurry …

Pioneer Hancom may be back from the deadHancom was once known as Korea’s Microsoft for its pioneering role in the country’s first IT boom in the 1990s. …

Seoul’s IT growth engine Seoul Digital Industrial Complex sputtering
The Seoul Digital Industrial Complex, or G Valley, had been the Mecca of South Korea’s IT industry and heart of creative economy, but it is losing ground at the fundamental level. The G Valley, comprised of the Gasan Digital Complex in Geumcheon-gu and Guro Digital Complex in Guro-gu, has been a lifeline of the country’s IT industry since it was founded 50 years ago. The small and mid-sized IT solution providers and parts makers supplying their prod.....

All crew of Sewol to face prosecution 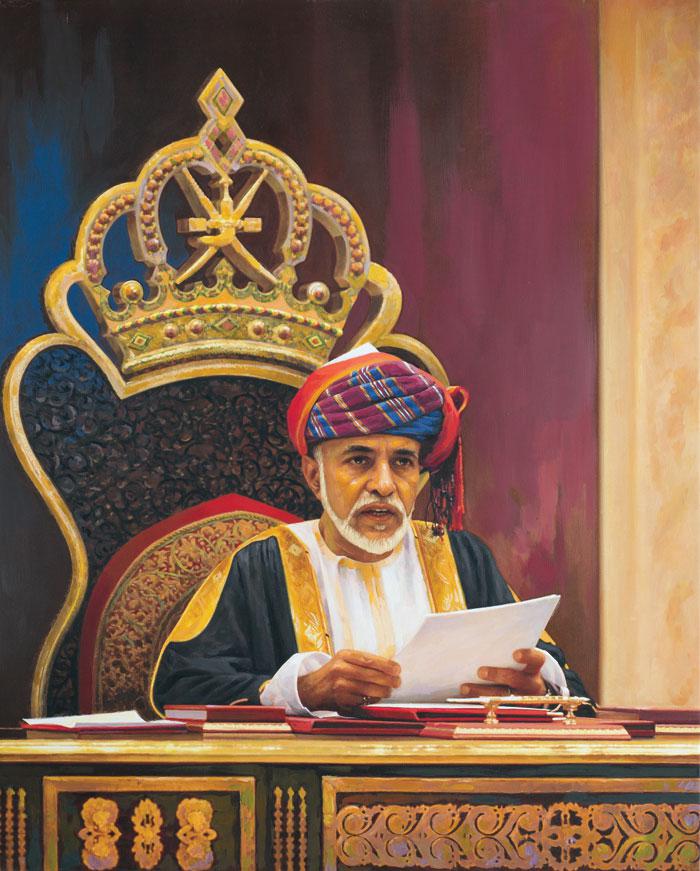